Top Page >> Japan-Australia Society of Sasebo >> Message from the President

Message from the President 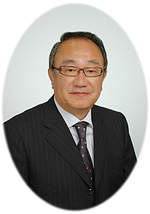 After World War II, six Australian sisters known today as pioneers in Women's education, based in the spirit of Christianity, established Seiwa Girls High School in Sasebo. The Japan-Australia Society of Sasebo was founded in 1983 by people who were deeply impressed by their passion.

I would like to express my sincere appreciation for the continuous cooperation and support given since then by Seiwa Girl's High School, The Australia-Japan Society of Coffs Harbor (Sasebo's sister city), and also all the Sasebo citizens who have encouraged the good relationship between Japan and Australia over the past 30 years.

We planted seeds of friendship in two cities through education and culture 30 years ago. The spirit of our idea has taken root in the ground, spread its branches, and has grown into a large and truly magnificent tree that now operates as a symbol that hinges the relationship between the two cities. And Every year, young hopeful students, through our exchange program, bear fine little fruit and plant their own seeds of friendship around world. As much as ever, we commit to inherit the ambitions of the founders by continuing planting seeds of our beliefs through various exchange activities between our two cities.

In the future, we will make our utmost efforts with the purpose of contributing to the great initiative of encouraging goodwill and broadening relations between Japan and Australia

Lastly, we wholeheartedly thank you for your understanding, and ask for your continued support.