The relationship between Sasebo and Australia began back in 1953 as six sisters of The Good Samarian in Australia came to Nagasaki prefecture in 1947 after the World War devastation. After 3 years of working at the clinic for the atomic bomb victims, they were demanded to found a Catholic school in Sasebo for promoting women's education then Seiwa High School was founded. 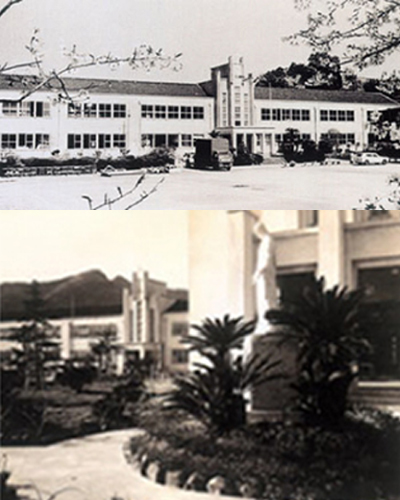 Establishment of Seiwa Girl’s Collebe at the time. 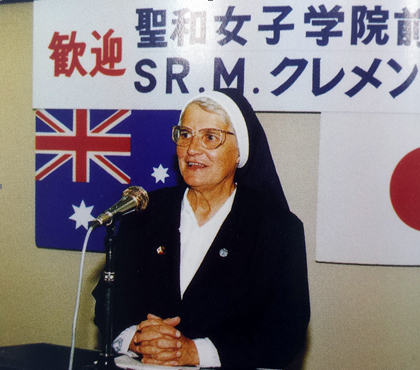 SR. M. Clement;
SR. M. Clement was given honorary citizen of Sasebo city recognizing her outstanding contribution to found of the Japan-Australia Society and even she led to the sister city partnership.

From 1967, the chorus group was organized at the Seiwa and sent to perform in Australia where the sisters originally came from on a regular basis, and then the exchange programs with high schools in Australia began especially in Coffs Harbour on the east coast. The waves of exchange between Sasebo and Coffs Harbour city grew within and outside of the schools and expanded at gross-root level. 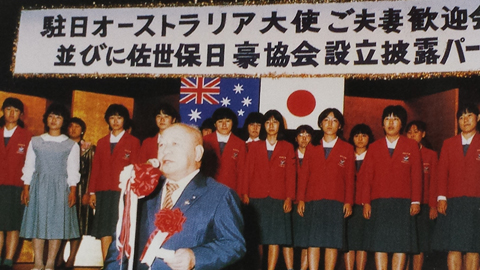 Addressing by Founding President, Mr. Zensaburou Tanakamaru at the Celebration Party for Establishment of Japan-Australia Society of Sasebo. 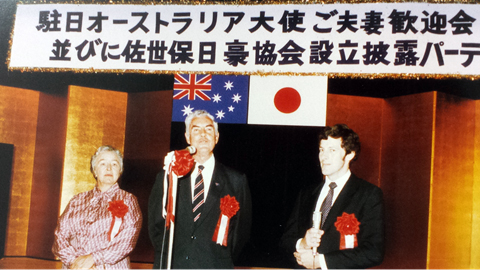 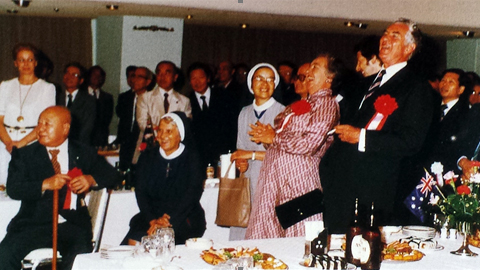 How the two cities became sister-cities 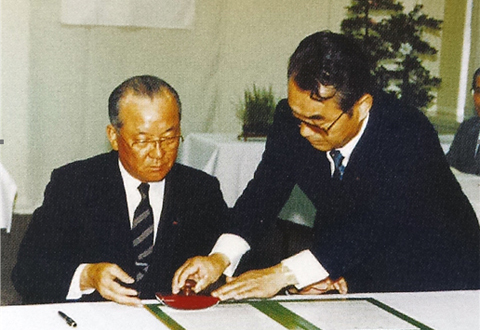 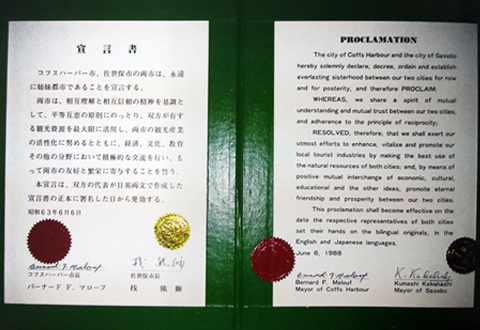 The Oath of Affiliations for Sister City Relations with Coffs Harbour.

As the result, when Principal Sr. Kimura led the singers to Coffs in 1986, she was entrusted with a proposal for Sasebo to become a sister city by the mayor of Coffs Harbour. With a recommendation of Sister Mary Clement (one of the Seiwa Founders, second principle who became the Sasebo honorary citizen), Sasebo and Coffs Harbour became sister cities in 1988.

Ever since, JAS-Sasebo has continued to deepen friendship between the two cities by supporting exchange-student programs, the city officials and delegation visits, and promoting relationship with Australia the under sister-city agreement. 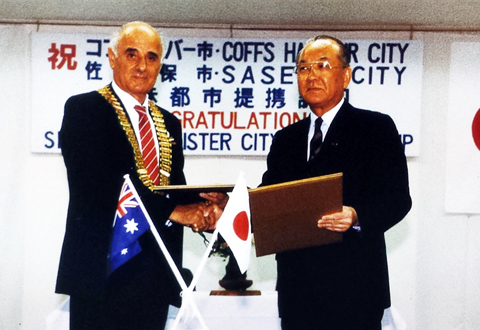